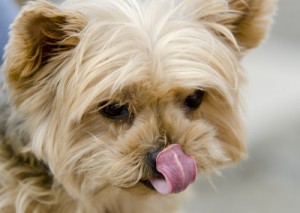 Tiffy. Saved by Crows? Who’d have thought it.
Image courtesy of dan / FreeDigitalPhotos.net

I hate crows, loathe them with a Passion, having all my life had to deal with the consequences of their handiwork — or perhaps I should say — beakwork. It inflames me when they sit around in trees at their annual crow conclave, swapping yarns and boasting of their devilish exploits. I used to think there were two sorts of crows: wicked ones with creepy white eyes and more benign, smaller red-eyed ones, rather sweet, really. But no, the red-eyed ones are the young. They haven’t yet learned all the fiendish tools of their trade.

Could there be a more devious or evil bird than a crow? I don’t think so.

In fact, you could tell me any story you like about the diabolical cunning of crows and I would believe it. There is only one delicacy a crow cannot resist — a living, breathing sheep’s eye — and it will do anything to get one.

I have seen four of them in line along the back of a sheep, claws hooked into the wool, all flapping madly while leaning to the same side to bring it down; and an enterprising pair on the head of another, pecking at its eyes as it ran blindly, blood running down its face — fortunately into the door of my stopped car.

But that’s crows for you: Team work.

Crows: It is here that I have to remind myself that they are just birds. Not evil, not supernatural: just birds! But I digress: That speck in the paddock was not my dog who had gone missing yet again, but, you guessed it, a large, black bird.

Contemplating the crow pecking in the table drain and its mate perched on the fence beside it, I was surprised and relieved to see my dog come round the bend in the road, towards me. Generally, seeing me sets her going faster — the other way. “You’re coming too? Great, let’s go!”

My relief turned to horror as I saw why. Planing in on top of her at about two feet, and closing rapidly, was a huge, wedge-tailed eagle, wingspan as wide as the vehicle track, completely dwarfing this little bobbing mouse.

I was flabbergasted. They never come down out of the hills. I started running towards it, arms waving, yelling like one demented. But the great eagle ignored me. Intent on its prey, it lowered, stretching its talons for the death-grip.

My poor little dog. She looked so tiny there, overshadowed by that enormous wingspan, bobbing along like a fuzzy little metronome; the crow still pecking, oblivious, on the ground beside her. I was too far away to save her from a horrible death; and that damned Rhett Butler of a crow just didn’t seem to notice.

In a matter of seconds it was all over. The eagle dropped onto her, its wings shrouding her from my sight.

But even in the instant that I despaired for her life, at the exact millisecond the eagle struck;  with all the precision of a jet fighter unit, the crows went into action. The one on the ground leapt for the eagle’s right eye, its mate on the fence honed in on the
left; and another I had not seen dropped out of the sky to attack from the rear. Perfect timing.

But that’s crows for you: Finesse.

The eagle flinched, drew back, began to wheel away; and miraculously, out from under the battle zone, still bobbing with the same unchanging rhythm she’d maintained all along, came my dog. I scooped up her trembling form and, still in shock, watched the crows bombing the fearsome intruder, harrying it back to its proper dominions.

But that’s crows for you. As my Nana would have said: ‘More Front than the Queen Mary.’

Perhaps you may have guessed that I have spent a lot of time thinking about crows, but never would I have believed that I would one day be grateful to them.

But that’s life for you. Just full of little ironies …

Farm dogs are mostly breeds called working dogs and over the years I have known many lovely kelpies, collies, and heelers but there are other breeds who can and do pull their weight on the farm.

One of my best yard dogs was a Silky terrier. I knew he was accepted the day a truckie came to tell me he could not unload a four-deck semi-trailer of weaner sheep. It seemed that they panicked on seeing the wide open plain and could not be persuaded to leave the safety of the truck(and who could blame them) without their mamas.

The truckie carried my Silky up the side of the trailer and put him through the rails. It did not take long for him to assure the sheep that what they really wanted was fresh air and grass; and in a very short time there was an orderly procession down the loading ramp.

When he was still a puppy, this little dog saved me from almost certain death by a rogue bull that had broken every fence in the district and would charge on sight. The bull charged me from behind the shed and my dog leapt for his nose. With no sign of fear and the speed of a whirling dervish, he went from nose to heels, nipping both until the bull tired of running in circles, giving me time to get to safety.

Despite his penchant for chasing everything from bulls to snakes and goannas far larger than himself, my dog lived to the grand old age of sixteen.

I missed him terribly which is probably why, when I saw a half-sized Silky puppy in a cage at the Vet’s waiting for the inevitable, all I could see was my little dog. Her pitiful yelps and this uncanny resemblance made it impossible for me to leave her there.

Sucker: Apart from the usual terrier characteristics the resemblance was only silky-coat deep. When I describe her to people, they nod wisely. “Oh, yes,” they say. “A Manilla Terrier: I know.”

If you don’t happen to be acquainted with the Manilla Terrier, let me give you an overview: Though ranging widely in colour and style, having descended mainly from terriers like Silky and Maltese and toys such as Chihuahua and Pomeranian, they have several defining characteristics:

They are heart-wrenchingly, gregariously cute; entirely self-willed; and very small. They are also crazy. No doubt, you’ve heard that hackneyed old term ‘Pocket Rocket’? It was coined specifically to describe the Manilla Terrier.

They might be of a size known as ‘toy’ but try telling them that. All are genetically programmed with the unshakeable belief that they are bigger than a Great Dane, tougher than a Bull Terrier and braver than a lion. Add to that their conviction that their way is the only way and perhaps you begin to see where I made my mistake. And to compound the problem, this one has an insatiable penchant for travel.

Work sheep, did I say? Well, she might condescend to cut a swathe through the middle of the mob, scattering them to the four winds, but only if they stand in the way of her path to adventure.

My next farm dog is going to be a kelpie, a collie, or a blue heeler …