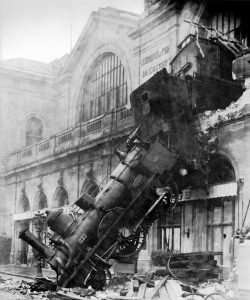 Over the last year, I have been working very hard (along with my editor and designer) to get Book Three in the Master of Illusion series released.

The fantastic news is that it is already available for presale, and will finally be released via eBook and paperback this Friday,18th December 2015! Just in time for Christmas!

Angel of Song is a historical romance set in France amidst the chaos of the Great War. In the hell of the trenches, the Allied soldiers sacrifice their lives to hold their posts against insurmountable odds. Looking for inspiration, the French believe they’ve found a secret weapon from an unlikely source: the Angel of Song.

Angel of Song is fiction woven into a factual setting. It tells the story of a beautiful young opera singer catapulted from the idyllic lifestyle of Paris in the Belle Époque into the horrors of World War I and how she uses her talents to fight the war in her own way. Incredibly, she finds that her enemies are not all on the other side.

Angel of Song is available from the following online eBook outlets for only $4.99 US: Amazon kindle, Nook, Smashwords, Apple Itunes store & Kobo to name a few. Paperback copies may be ordered directly from the US Amazon & Create Space stores from Dec 18th onward, and will be available for order via Ingram in most good bookstores by mid-January 2016 for $24.99 US.

For more details, click here for the Angel of Song web page!

Merry Christmas & a very Happy New Year to you all!