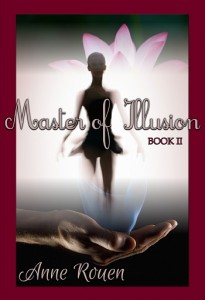 It has been a lot of work: editing, checking facts, little rewrites here and there, attending to all the publishing details like ISBN and CiP, agonising over a choice of cover from the number of really beautiful designs presented to me. But the excitement of the launch beats everything!

After the great reception and the wonderful reviews Master of Illusion Book I received, I just couldn’t wait to do it again. And my latest review from a judge of the Writers’ Digest Awards has re-fired all my enthusiasm.

Your first book is like your baby. You cannot bear to part with a word of it. Only the strongest representation will induce a rewrite. This is more due to the belief that this story has been given to you; come from outside yourself; rather than overweening conceit about your own abilities as a writer.

I found I wasn’t so precious about Book II, cutting out chunks on the editor’s advice without turning a hair. I think that with Book III, I will be positively blasé! But I have to say I love it when my editor suggests a little rewrite – one more chance to revisit the magical world of opera/ballet, opulence and charm of nineteenth century Paris.

Life on the land is extremely heartbreaking at the moment, as all my farming friends will agree. But after I have fed my few old sheep, checked the horses, the water and put out the drought blocks for the cattle, I can step through the vine-covered door of my little stone hut and become Anne Rouen, resident author of StoneHut Publishing.

Here, immersed in the lives of my characters, the problems of the present world pale into insignificance beside the vibrance – the dazzling brilliance – of la Belle Époque.

Would I do it all again? Absolutely! The whole experience has been so uplifting that I will most definitely do it again.

Here’s a little secret: Book III is finished, ready for polishing – months of hard work by me and my editor – to make it ready for its new release and start the excitement all over again! I’m hooked!

Master of Illusion Book II continues the story of the Master of Illusion and begins where Book I ends: the after party following the Grand Opening of their new opera house. I take this opportunity to assure my fans waiting on the book that, not only will it answer all your questions, but some you never thought to ask.

Master of Illusion Book II is currently available as an ebook on Amazon and Smashwords. And coming soon to the other platforms. Enjoy! 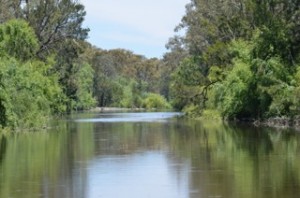