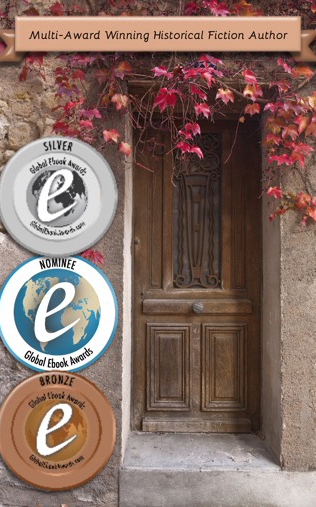 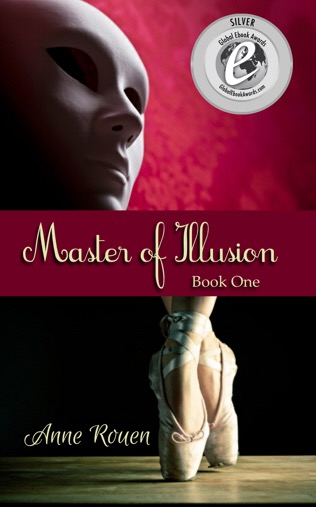 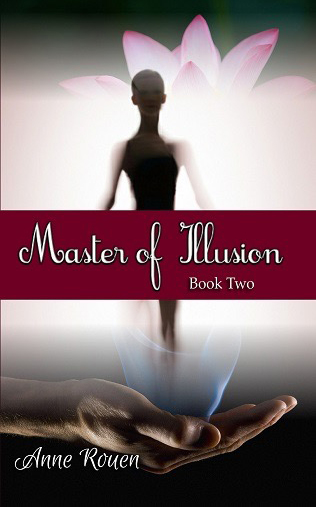 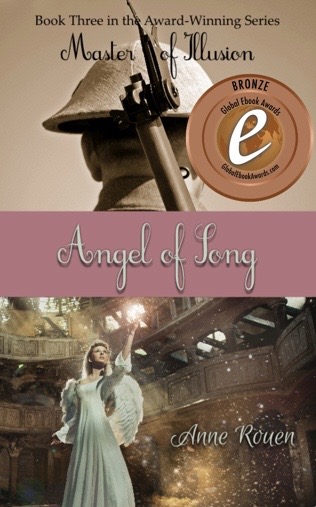 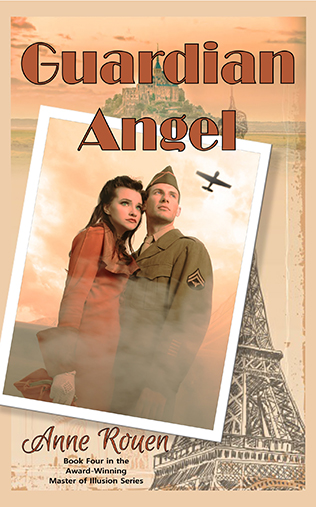 Murder, Magic, Music and Obsession: Master of Illusion follows the lives of childhood comrades, Angel and Elise, as they run hand in hand from a history of treachery, heartache and crippling abuse. Under the mask of exceptional talent and in the name of justice, they each grapple with their own damaged version of love and loyalty, while fiercely protecting their terrible secrets.

Set in the operatic era of 19th century France, talented dancer Elise is discovered by the eminent Opéra Français and is whisked away from a simple life to fulfil her dreams of becoming prima ballerina. Her path is forever changed the day she rescues the disfigured, amnesic genius—Angel—from a life of abandonment and mistreatment. Angel's obsessions define him: his emulation of the Phantom of the Opera coupled with a latent dark side develop into a fervent passion for a young soprano. Cast under Angel's charming spell, Elise assumes the role of his protector and nurturer—only to discover that she, too, wields powers of her own: persuasion and contrivance.

In trying to reach the pinnacle of operatic success, Angel and Elise are faced with the challenge of defining justice, love and self-acceptance. Through abandonment, Angel knows only one form of love— obsession; and Elise, whose purity lies in ruins at the hands of evil, is raped of her capacity for romantic love.

It is Paris, 1892. The story of the tormented genius, Angel, and his childhood friend, Elise, continues in an entanglement of secrets and subterfuge. The young girl who once graced the stage as prima ballerina now directs the highly successful Opéra Magique as Madame Dupont, where audiences flock to be cast under the spell of the Master of Illusion and his fairy-like assistant, Sprite.

Walking the fine line required to keep in abeyance the forbidden passions of her star and her goddaughter, the beautiful comtesse de Villefontaine, Madame Dupont uses all her ingenuity to divert the jealous rage of the comte and the suspicions of the Police Chief, Captain Moreau.

Few people know the truth behind the Master's identity, yet one of them is about to give him away. As their opera house and lives are suddenly plunged into unthinkable tragedy, fate thrusts Angel and Elise—the Master and Madame—onto a new path of discovery, where they battle choices of life and death, of courage and sacrifice, as they finally discover the answers to questions they have yearned for since childhood.

Born into the halcyon era of the Belle Époque, Parisian debutante Angelique de Villefontaine has been shielded all her young life by her influential guardian, the marquis du Bois, and his life-long companion, Madame Dupont. Despite the protection of her mentors, the allure of her ethereal beauty and surpassing talent cannot be restrained, and Angelique's life becomes a frenetic whirl of performance and social engagement, peppered with the seduction of fame and adulation. Though she has a voice of an angel, she is not without her demons.

Unbeknownst to Angelique, her guardian is frantically attempting to bring the antiquated French Military into the twentieth century. Acutely aware of growing political tensions and paranoia sweeping Europe, the marquis' efforts are rebuffed. Despairing, he sends his protégé on a mission hitherto unthinkable. Oblivious to this seething political clime, Angelique embarks on the most important tour of her budding career, only to be turned back by a murder that plunges the world into darkness.

Rendered hysterical by the horrors of war, Angelique rallies to help the wounded. Amidst rumours of an angel whose voice can inspire, soothe and heal, an eminent general makes an astonishing request. And the marquis must use all his ingenuity to protect his ward from enemies, both within their own military and without.

In the particular hell of the trenches, soldiers sacrifice their lives to hold their posts against insurmountable odds; and as the French search for inspiration to counter the nihilistic policy of an implacable enemy, they find they already have a secret weapon—their own Angel of Song.
Guardian Angel—Book Four
historical fiction—World war ii, adventure, romance, french resistance
From the Global Ebook Award-winning author, Anne Rouen, comes the fourth exciting instalment in the Master of Illusion Series, Guardian Angel—a historical romance adventure set in World War II.

Ten-year-old French singer Nicolas de Beaulieu seems to have it all in the rigours and depression of the 1930s: money, social status, fame. But as he grows up, he becomes no stranger to grief and loss.

Hidden in the fastness of their mountain stronghold, every day is a battle of wits, courage and endurance as they fight to survive and undermine the overwhelming might of the Nazi war machine. And it appears the Nazis have the upper hand until salvation comes from an unexpected source ...